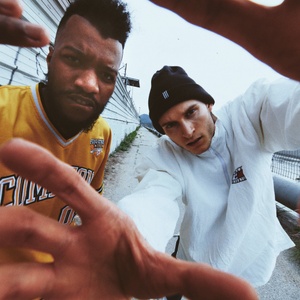 The Seige "Back Up" 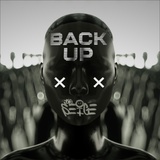 Download Back Up Album (A password was emailed to you for access)
Click here to request a password
By clicking submit and downloading this album you agree that all tracks are for review purposes only. You may stream up to two songs on your website or blog after requesting permission by email here. Any commercial use is prohibited by law.
OFFICIAL BIO

Hip-hop artist James “Taz” Conley and producer Riley “Goon” Taylor are the electric new hip-hop duo The Seige. After following different paths to the City of Angels, Taz and Goon found each other and started their initial collaboration. Their first 3-song project was released independently in 2015, ACT I: WasteLAnd. Its success proved the strength of their partnership, and they’ve gone on to release three additional EPs: ACT II: Sinister, ACT III: Atomic, and most recently ACT IV: Awake.

Their music resounds, characterized by energetic, drum beats, and aggressive, pounding, and motivating vocals. The duo cites such musical influences as Jay Z, Linkin Park, Rage Against the Machine, J. Cole, Kendrick Lamar, and Eminem among a host of other rap, hip-hop, R&B, alternative, and rock artists. A very diverse and eclectic personal playlist of artists can be heard in the creative tracks the duo has released. Taz vocalizes his frenetic lyrics to exciting arrangements pulling from hip-hop to dance/pop to even some country highlights and other surprises.

They’ve independently published several EPs, singles, and videos online, where their music can be streamed on all the major sites including Apple Music, Google Play, Spotify, SoundCloud, and Tidal. Their music has gained wide fan recognition on YouTube, where their posted songs and videos have over 6 million views. Over 1 million visitors respectively have listened to “Prime” and “The Drum” on the site. Taz and Goon, both self-described health freaks, are also known for sharing their workout playlist on Spotify with their social media followers and on their website.

The Seige has performed at SXSW in Austin, Texas, as well as the iconic Whisky A Go-Go in Los Angeles, among many other venues. They’ve also collaborated on several song and video projects with pop sensations Cheat Codes, including “Natalie Portman” and “Monsters Are Everywhere”.

The group has had its work featured in major commercial, video game, and movie projects as well. When the Cleveland Cavaliers set out to announce their new team uniform design in 2017, they included The Seige’s song “Animal” on their video. Popular VLOGGER Logan Paul used “The Drum” on several of his posts in 2017, and that same song was used in commercials done by Under Armour, the Detroit Lions, Verizon Wireless, and Marvel Studios. The group’s music has been included in movie trailers such as 12 Strong and 50 Shades Darker, as well as some major video game trailers including Fortnite, Elex, and Fifa 18.

Most recently, their music was highlighted on MTV’s The Challenge: Vendettas, on which the group was also cited as a featured artist.

Merging the words SEIZE and SIEGE, The Seige hopes to grasp people’s attention and barrage them with a strong message of positivity that can help overcome negative thoughts and promote healthy perspectives on life. Ultimately, the duo is driven to create musical experiences that can motivate and inspire people to reach their fullest potential and not be constrained by the limits the world tries to impose. For them, it’s all about the impact their music can have, one person at a time. That mission infuses the vocal and rhythmic push of their in-your-face style, a demand to wake up, pay attention, and empower yourself to achieve and succeed.